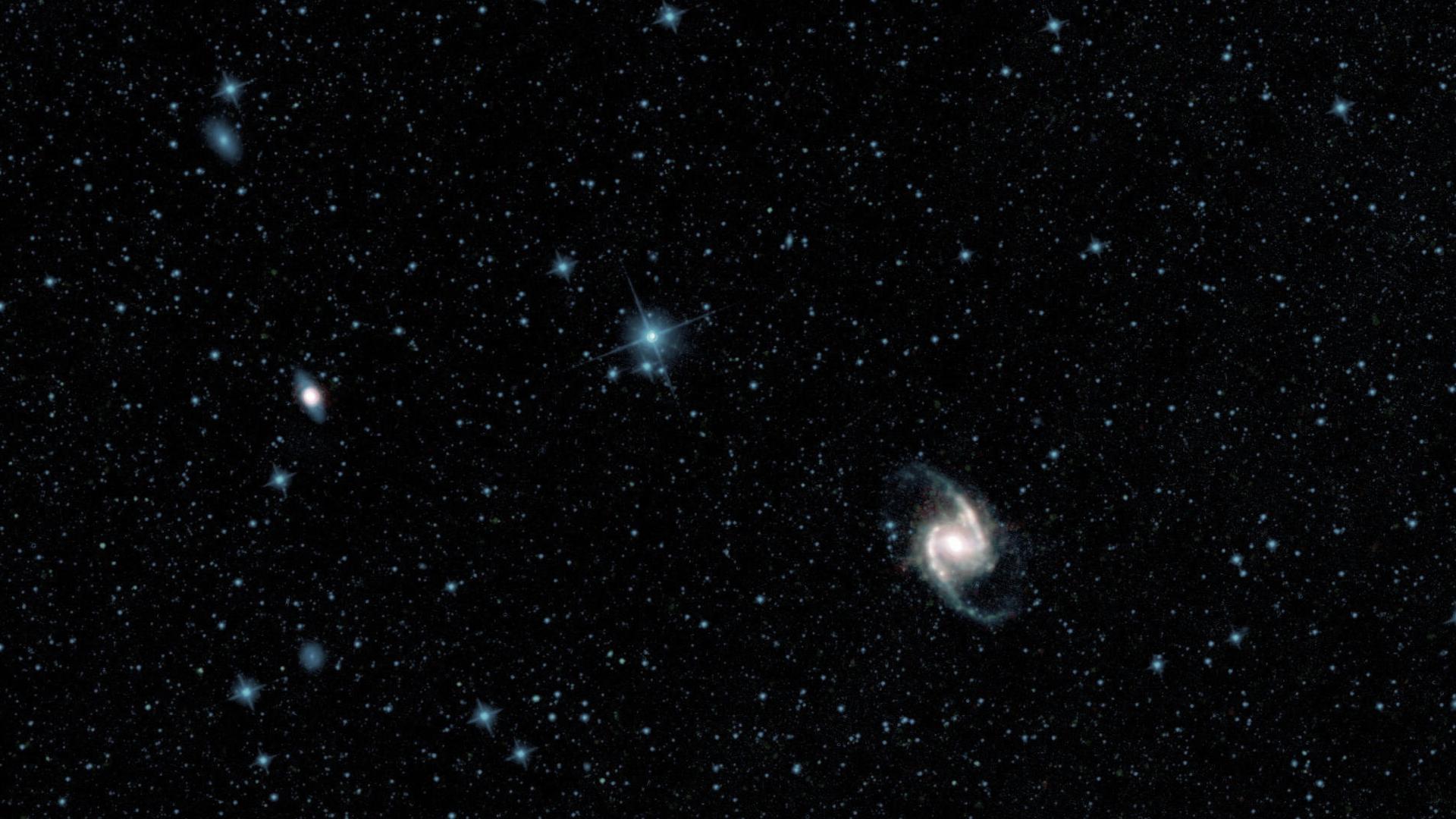 This image of a dense cluster of galaxies was captured by NASA’s Wide-field Infrared Survey Explorer, or WISE. The cluster, called Fornax because of its location in a constellation of the same name, is 60 million light-years from Earth, and is one of the closest galaxy clusters to the Milky Way. Clusters are large families of galaxies that are gravitationally bound together, containing enough matter to pull even distant galaxies toward them.WISE’s large field of view and multi-wavelength infrared sight allowed it to form this complete view of the cluster, containing dozens of bright galaxies and hundreds of smaller ones. Old stars show up at the shorter infrared wavelengths, color coded blue. Dust heated by new generations of stars lights up at longer infrared wavelengths, colored red here. The center of the cluster is dominated by the galaxy known as NGC 1399, a large spheroidal galaxy whose light is almost exclusively from old stars and thus appears blue. The most spectacular member of Fornax is the galaxy known as NGC 1365, a giant barred spiral galaxy, located in the lower right of the mosaic. Against a backdrop of blue light from old stars, the dusty spiral arms in NGC 1365 stand out. The arms contain younger stars that are heating up their dust-enshrouded birth clouds, causing them to glow at longer infrared wavelengths. This galaxy is one of only a few in the Fornax cluster where prolific star formation can be seen. WISE will search the sky out to distances of 10 billion light-years looking for the most luminous cousins of NGC 1365. In this image, 3.4- and 4.6-micron light is colored blue; 12-micron light is green; and 22-micron light is red. Image credit: NASA/JPL-Caltech/UCLA