The instructions are found on Page 38 in the manual. You press the Menu and Star keys together. Here is the relevant extract from the manual. 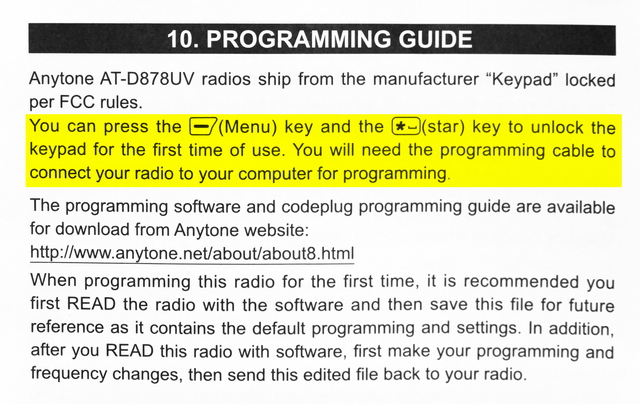 Extract from Anytone D878UV manual describing how to unlock the keypad. First, press and hold the Menu Key. While holding the Menu key down, press the star key. This should unlock the keyboard.

As far as I can tell (and I could easily be wrong about this), once the programming is unlocked the radio stays unlocked.