Troubleshooting whether phone problems are yours or belong to your telco

This is a post written in response to a question from a friend about whether the hum on her line was her problem or the phone company’s problem. I’m providing lots of pictures for a step-by-step way of testing. Please note that nothing here will violate the telco’s lines or property—they would tell you the same thing I’m telling you here, except I’m actually showing you how. You will need a Phillips screwdriver and a plain old-fashioned corded telephone (one that only plugs into the phone line and doesn’t need electricity from a separate wall-wart).

First, locate the telco interface box. It should look something like the following photograph. It’ll likely be about four feet off the ground. 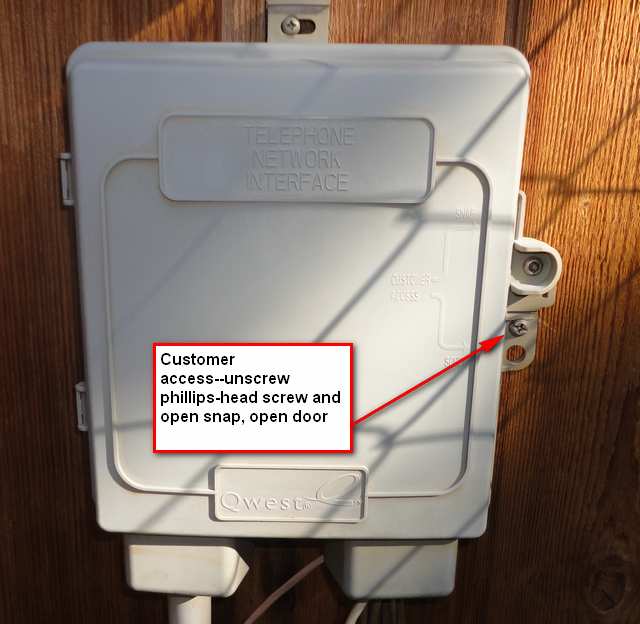 Open the box using a phillips screwdriver. Note there is a tab that should be pushed back to help open the door. Inside you’ll see a mass of wiring, which you can ignore. All that wiring is yours, by the way, not the telephone company’s. 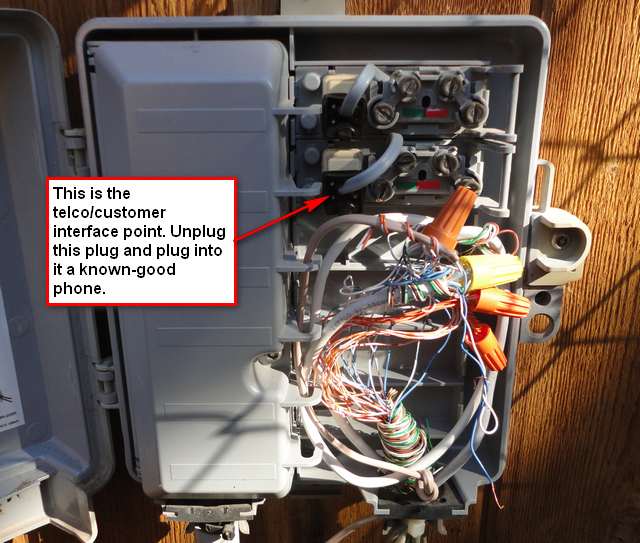 Inside of interface box. Note the arrow which shows you what you'll need to unplug. In this case my primary line was the second (lower) of the two plugs. If you have multiple plugs, you may need to test each one to see which is your primary line.

Here’s a closeup of what you need to unplug. 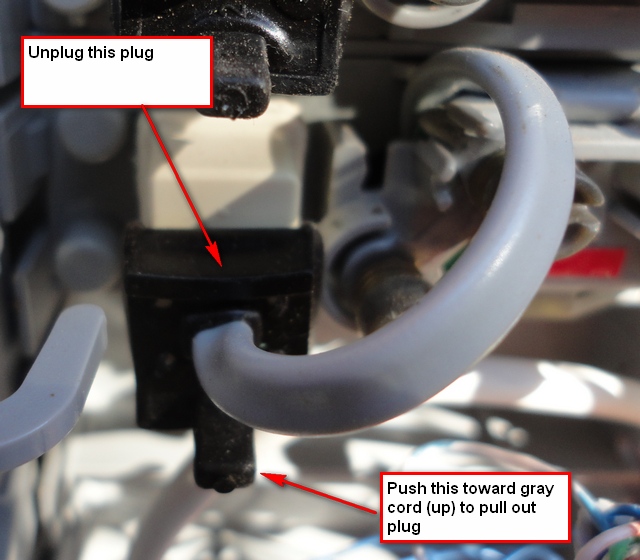 Closeup of what to unplug

After it’s unplugged, it should look like this—it exposes a telephone jack (socket). 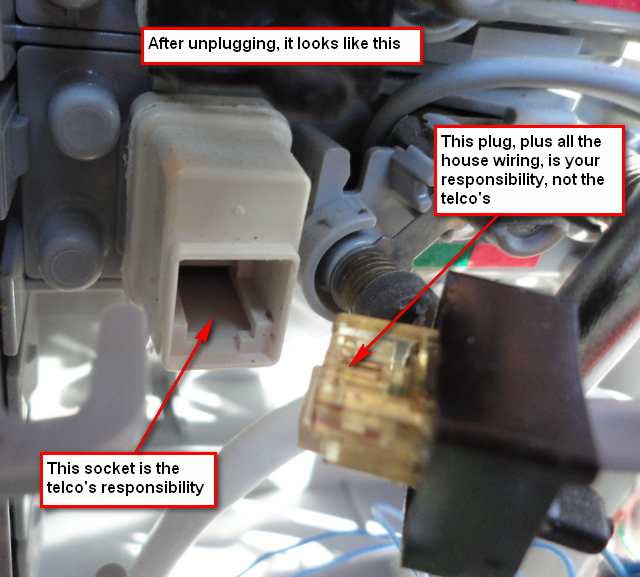 Plug into that jack your known good phone, as shown below. 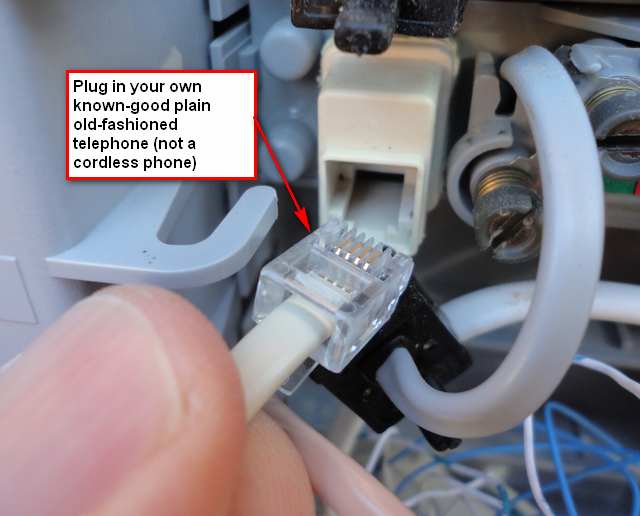 Plug in your own phone into the jack 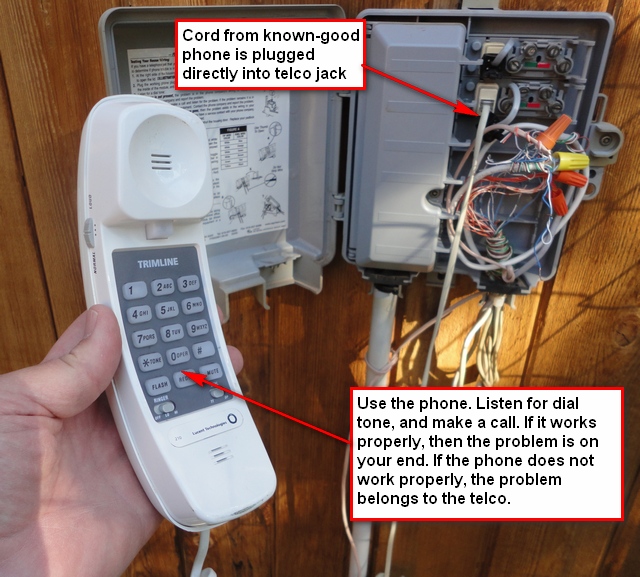 You should hear dial tone. You should be able to make a call.