Last year, Glenn Neigenfind introduced me to the dirt roads and trails west of US Hwy 550, bounded on the north by Kinikin Road (Montrose, Colorado) and on the south by Buckhorn Road. What a great place to explore! On April 13th, I had a fair amount of time to ride, so I poked around some more, following some of the roads all the way to locked gates. The GPS track below shows the area. 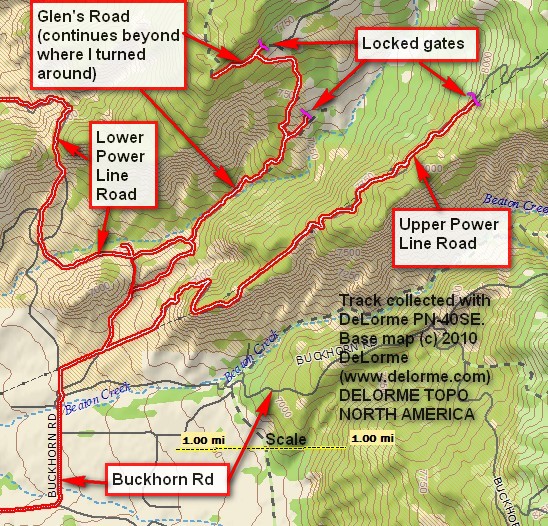 I followed several roads to locked gates, then went puttering up Lower Power Line Road. The scale is provided by the yellow/black dotted line. The line is one mile long.

Taking a look at the GPS map, one sees several things:

This is absolutely one of my favorite areas to ride. It’s very near home, so makes a good after-work ride.